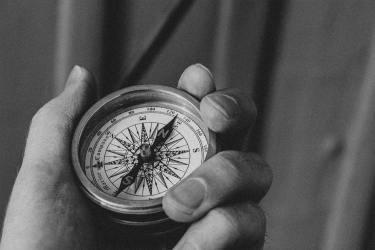 If I were with Jesus and were to have been writing a journal, my entry today would have gone something like this. Today was an amazing day. We celebrated with Jesus as He made His Triumphal Entry into Jerusalem. I feel like this is the beginning of something big. Only kings are celebrated like we celebrated today. The people lined the streets, coats and palm branches were laid in front of Him and more palm branches waved over us as we entered Jerusalem. The crowd sounded like a roaring river saying, “Blessed is the King who comes in the name of the Lord.” I can’t wait to see what this week holds. Little did they know, but God did. As He rode in on the colt that day, He knew He was just five days away from a kangaroo court, a scourging and a wooden cross. They never saw it coming on the day of that joyous Triumphal Entry.  Five days later exuberant disciples are filled with horror, overwhelmed, dismayed and fearful as events that were beyond their imagination are taking place. Emmanuel, God with us, is hanging and dying, the creator being destroyed by His creation. That day, they didn’t think life could ever get any worse, or that there would ever be hope again. Life had come crashing down, dreams were dashed, and hearts broken. It was good while it lasted, but this was the end, except God knew, this was not the ending but the beginning. Just as He knew that the cross was coming on the day of the Triumphal Entry, He knew the Resurrection was coming in three days. I say this in light of what we are living through today. While we have been caught off guard, God hasn’t. He knew that this storm was coming, that COVID-19 would change our lives, but He’s not overwhelmed. Not only did He know when it was coming, He knows when it will end. He sends the disciples into the night knowing the storm would come, but shows up just in time, calms the storm and gives greater revelation to His disciples of His power. Daniel 2:21 says, “It is He who changes the times and the epochs (seasons).” In other words, God’s got this. Our current battle with COVID-19 reminds me so much of what it must have felt like at that first Easter. There was so much ebb and flow, so much fear and uncertainty, but as then, so now, God is always in control. He has always been, and He will always be. Trust Him when it doesn’t make sense.